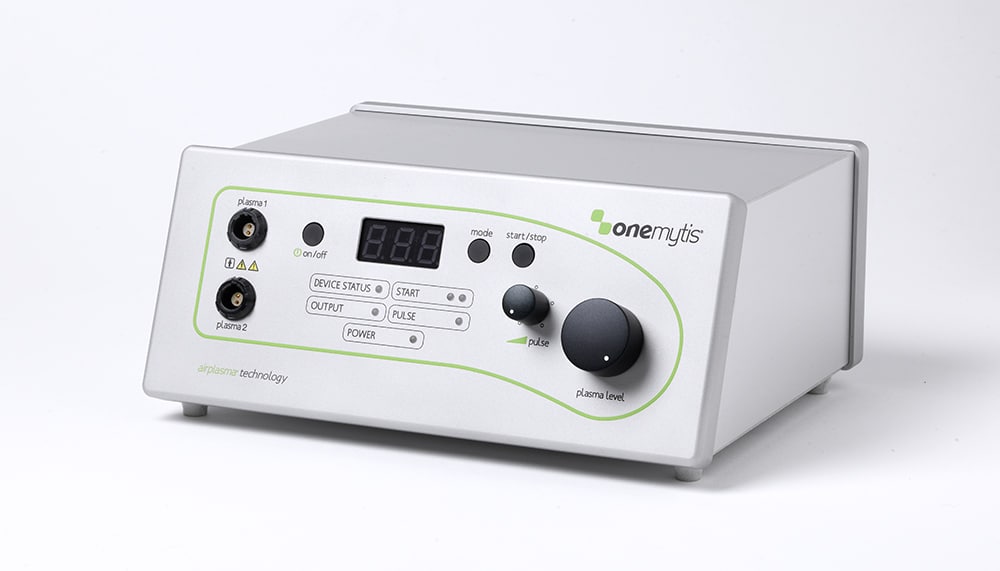 The Onemytis® 2 is now available in the UK

Read about ‘revolutionary’ Onemytis® in the Vet Times

Discovering its applications and exploring new ones ​

Steve Wyatt of Hayle Vets in Cornwall decided to buy the Onemytis after reading an article by vet Julian Hoad in the Vet Times, in which Julian described the device as ‘brilliant’ and ‘the future of soft tissue veterinary surgery’.

A year on, Steve has not regretted his investment. He has already found it very useful for a number of procedures and is keen to explore new ones. “It’s a great tool for soft tissue dissection,” he says. One of the main benefits he has found is the haemostatic effect of Onemytis’s Airplasma® technology, which instantly seals capillaries as it cuts through tissue, leaving a clear view of the surgical field. He also values the device’s high degree of precision which enables him to remove tiny slivers of tissue, where necessary, in delicate areas.

One of the procedures for which Steve has frequently used the Onemytis is mass removal – for example tumours in the mammary area. “I often perform a mammary strip. Because large areas of vascular tissue are affected with a high density of blood vessels, using a scalpel would involve a great deal of bleeding”. With the Onemytis, bleeding is greatly reduced if not eliminated, and the need for sutures is much less.

Steve has also used the Onemytis for mass removals around the eye. Here he finds the low level of heat generated by the device (maximum 50c) and its high degree of precision, is particularly valuable. In addition, he has used it for entropion correction. “It has worked well in taking small slivers of tissue away”.

Yet further areas for which he has found Onemytis a valuable tool are castration and spaying. “I use it a lot for bitch spaying and find it causes a lot less trauma”. Not only is bleeding greatly reduced, he has also found there is less post-op complications with seroma formation.

Steve is still exploring the potential applications for Onemytis and is keen to learn how it can be used for further procedures, such as aural and dental work, and nares widening in brachycephalic dogs.

Talk to us if you are considering investing in lasers for the first time or think you could be doing more with them in your practice. We are here to help.